Why Should Pet Formulations Contain Antioxidants? 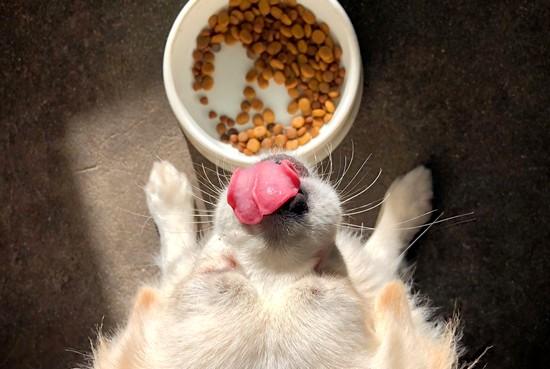 Antioxidants perform very important functions for the human body and also for food products. Because of this, they are always in evidence regarding scientific research and the media.

This factor makes these compounds extremely attractive from the development of feed rich in antioxidants point of view, which contains functional properties. But, to understand the action mechanism of antioxidants in pet food, the types that can be used and the sources from which they can be extracted, one must first understand the problems caused by the oxidation process.

In the pet organism, as well as in the human body, there is a balance between pro-oxidant factors, usually generated during the breathing process, and antioxidants, which can be consumed through diet.

This balance is necessary to keep the organism healthy; however; when animals have poor health, advanced age, exposed to toxins or ingesting a diet poor in nutrients, this balance is affected and the number of pro-oxidant factors in the cells outnumbers the amount of antioxidants. This condition is called oxidative stress.

The major problem with oxidative stress is the excessive generation of free radicals, species that have unpaired electrons and, as a result of this, are extremely reactive.

Free radicals trigger a series of chain reactions, damaging cell membranes, proteins and DNA. The excessive multiplication of free radicals is related to the development of chronic diseases, including cancer and coronary diseases. Given this worrying scenario, is there any way to prevent the spread of free radicals and protect the health of pets?

Antioxidants, as the name suggests, act in order to slow or stop oxidation reactions. Each type of antioxidant will have a different mechanism of action. In general, this type of compound works by donating electrons or hydrogen atoms to free radicals, stabilizing them and stopping chain reactions.

Therefore, it is interesting have antioxidants in pet food, for the maintenance of their immune system throughout life. Studies conducted on dogs have found that older dogs on a diet rich in antioxidants are able to learn complex tasks with a higher success rate than those which are deficient in this type of compound.

According to the researchers, this result may be linked to the fact that oxidative stress contributes for the dogs' brains to deteriorate faster. Another study, also conducted in old dogs, found out that a diet rich in antioxidants decreases the chance of animals developing conditions linked to cognitive decline, such as easier recognition of family members.

With all these benefits, how to ensure a diet rich in antioxidants?

The key to this question lies in the ingredients used for pet formulations. Such ingredients should contain compounds that have antioxidant properties. Among them, may be present:

• Carotenoids: group of pigments with colors ranging from yellow to red. Beta-carotene stands out, which has proactivity of vitamin A, responsible for maintaining the eyesight and skin of animals healthy, beyond the maintenance of growth, lactation and digestion.

Also worth mentioning is lycopene, which has an efficient mechanism of deactivation of reactive species that lead to the multiplication of free radicals. Carotenoids are present in carrot, peach, tomato, watermelon, guava and other fruits and vegetables, as well as some fish and seafood such as salmon and shrimp.

• Ascorbic acid (or Vitamin C): protects the immune system from the attack of bacteria and viruses. It also protects fat-soluble vitamins (A, D, E and K) from oxidation, maintaining their functions intact in the organism. Found in citrus fruits like strawberries, but also present in peppers, broccoli and leafy green vegetables.

• Vitamin E: group comprising 8 different compounds (4 tocopherols and 4 tocotrienols). They have the ability to stop chain reactions of free radicals through the donation of a hydrogen atom to them. Highlight to the alpha-tocopherol, the form that presents the greatest biological activity among all the others. Present in walnuts, chestnuts, seeds and vegetable oils.

• Phenolic compounds: group of compounds comprising phenolic acids, flavonoids, tannins and anthocyanins. Just like vitamin E, they also act as antioxidants through the donation of a hydrogen atom to free radicals. Found in fruits and herbs.

But, how does the regulation of antioxidants work in animal nutrition?

The european legislation classifies antioxidants in animal nutrition as 'technological additives', defined as 'substances that extend the shelf life of feed or materials used in feed, protecting them against the damaged caused by oxidation'.

This regulation also describes how authorization should be required for an additive, in this case an antioxidant, to be used in animal formulations.It should be included basic information of the antioxidant as well as its classification and purity degree. In addition, manufacturing aspects should also be described, such as the way of obtaining the antioxidant, its methods of analysis and the metabolites formed after its consumption. It is also necessary to attach studies that prove the effectiveness of the antioxidant in question, as well as a commercialization proposal.

Nature has a great quantity of abundant sources in antioxidant compounds. These sources can be used as functional ingredients that will help the metabolism of animals to stay healthy, mitigating the harm caused by excessive multiplication of free radicals.

The antioxidants in pet food formulation is an interesting way for the maintenance of animal health, promoting growth and development without further setbacks throughout the life of pets. Besides that; It is important to insert other ingredients in the formulation to enrich the pet food. Ingredients such as oils and fats from animal origin, which are rich in saturated and unsaturated fatty acids.