What you need to know about Malt Extract in Pet Food? 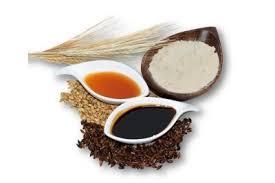 The food and lifestyle trends that are imposed on humans increasingly impact the way they treat, feed and care for their pets.

Malt or malt extract is one of those ingredients that has become fashionable for some years among people, and of course, it has begun to analyze its benefits in pets by including it in their diet.

In this article we tell you all about this component and how it affects or benefits the health of pets.

The term malt derives from the English malt, which refers to cereals that have been subjected to the malting process. Malted cereal grains and the final product obtained are generally called malt.

The goal of the process is for the grains to develop the enzymes necessary to convert their starch into sugar. Barley is the main cereal intended for malt production, due to its amount of enzymes, but the term (and the process) can also be applied to other cereals, such as wheat or oats.

Although the main destination of malt is the manufacture of beer, it is also consumed in other formats, and this is due to its remarkable health benefits.

The malting process consists of:

• Wash and soak fresh beans until they begin to germinate.

Malt can be used in preparations of all kinds, sweet, solid, liquid, such as soft drinks or soft drinks, hot drinks (similar to coffee), chocolates, cakes, and more.

However, in recent years the use and incorporation of this ingredient in various pet food formulas has increased.

Malt as a synonym for sustainability?

In various countries of Latin America and the rest of the world, malt has been used for some time to feed and nourish livestock animals, and in many of them by-products or remnants of beer production are used (which takes the increased amount of barley malt production). In these cases, versions such as wet malt are used which, due to its high protein content, is especially beneficial for dairy cows.

The dry residue extracted from fattening malt, bran, is also used in the pet food industry. It has high amounts of crude protein and energy, which is why it can be supplied to both monogastric species (birds, pigs, horses) and polygastric species (cows, sheep and goats).

Now, what are the benefits of malt for pets?

In the pet food industry, malt (especially barley) has always been known to have nutritional appeal to animals. Even so, its use in formulas is currently being encouraged and promoted due to its great nutritional benefits, such as its high content of:

Vitamins are essential for their function of production and use of energy.

We can even delve into other less widespread or traditional benefits, and we will find that:

• Malt contains phytochemicals (also known as phytonutrients, they are protective chemicals that are present in foods of plant origin), which play a fundamental role in the prevention of chronic diseases. This is currently a notable benefit, given that we are seeing an increase in the rate of obesity in pets (as well as humans). Phytonutrients influence the long-term health and longevity of pets.

While it is true that, to this day, there has been little research on antioxidants and phytonutrients focused on animal health, veterinary nutrition experts are recognizing that the importance of "non-essential" phytonutrients may be greater than intended in the prevention of chronic diseases, such as diabetes and cancer.

• Malt and its components can be used as a replacement for synthetic antioxidants to stabilize lipids in balanced pet foods.

• Malt extract (and other plant-derived components, such as molasses) possess phenolic compounds that have protective benefits against reactive oxygen species (ROS) in potentially significant amounts in a bioavailable form, compared to the bound phenolics found

in whole grains. Malt extract, for example, has been shown to have free phenolic levels three times higher than barley without the malting process. It has also been proven that the phenolic compounds present in malt increase the antioxidant and protective capacity against the biological damage of the macromolecules caused by free radicals.

Due to its easy digestion and improvement of the entire digestive tract (especially of canines), barley malt extract is particularly interesting to include in food formulas designed for animals with certain digestive disorders, or even for those with a somewhat appetite. fussy. Its varied properties also make it a very successful ingredient to include in special formulas for pets that are in a stressful situation.

Fun fact: This same malt is used in dietary supplement formulas for cats with the main objective of preventing the formation of hairballs in the stomach.

In general terms, it is possible to affirm that the barley malt extract is a great source of rapidly assimilating energy, rich in sugars and antioxidants.

It is worth mentioning that, in addition to its benefits, this extract substantially improves the palatability of any food or compound in which it is found, making them very palatable for pets.

It is a very considerable option to be incorporated little by little in the different formulas of the industry, and especially in those designed for animals with sensitive digestive tracts or with any condition.

Tell us your opinion about malt, do you think it is an ingredient with potential?