What is the role of Pet Food in canine obesity? 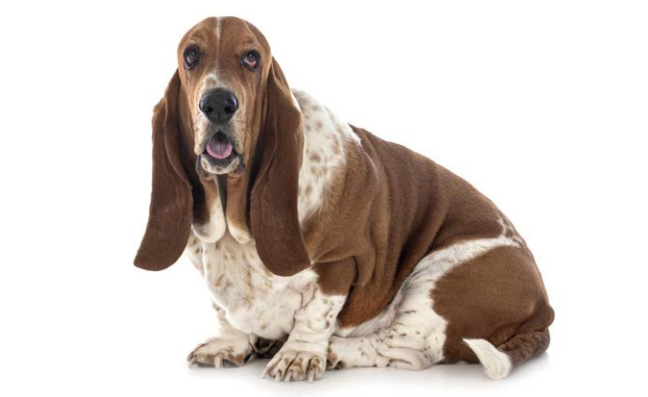 Obesity in Dogs is a recurring theme in veterinary consultations, and various factors can lead to an overweight animal. In this article we discuss the role of pet food in obesity and what we can do to help solve this problem.

In a study conducted by APOP in the United States in 2015, it was found that approximately 54% of American dogs were overweight or obese. However, of this percentage, 95% of overweight dog owners believed they were at a healthy weight.

This gives us an indicator from the beginning about why more than half of the canines in a population are overweight: the owners deny it or are misinformed.

There is no doubt that the balanced food that is chosen for the pet will have an impact and responsibility in the development of overweight.

Now, what, specifically, is the degree of responsibility that the pet food industry has to assume? How much influence the decisions or behaviors of the owners? How to recognize and draw the line between responsibility for food and genetic load?

The pandemic has significantly affected everyone's daily life, including that of pets; Their routines, eating habits, and activity levels have all changed, so it is not surprising that canine obesity continues to increase, and even at a dizzying rate. Of a group of vets surveyed, more than 71% say the pandemic has affected the way pets are fed.

Demonization of pet food as the guilty of canine obesity

The studies and research that we will discuss below show that the fact that a dog becomes overweight greatly exceeds the quality or nutritional value of the balanced food that is provided. However, there is still a certain 'demonization' towards food and it is taken as the main and only cause of the animal's obesity.

For example, foods high in fresh meat tend to be very nutrient-dense, meaning that less is more nourishing. Generally, owners ignore this data due to confusion or misinformation, and this is how they overfeed it. Meat by-products present a similar situation: they are, many times, considered waste by pet owners. And yet, they are the most nutritious for dogs and cats.

What is the relationship between eating patterns and canine obesity?

In November 2020, the Kelton Global company carried out an investigation on how eating patterns influence obesity in dogs. The study was conducted with 1,021 dog and cat owners and 257 from the United States.

Canine obesity rates are increasing and there is no question about that. In order to determine what the trigger is, it is necessary to acquire a greater understanding about eating patterns to later be able to combat the problem.

The study examined the relationship between dietary patterns and caloric intake and nutrients in selected foods. To do this, they collected surveys about lifestyle, feeding frequencies, and 3-day food records were requested from both the pet and the owner.

The results of the study show that:

• Significant differences were found in total kcal intake per kilogram of body weight.

• Lean dogs received significantly more dietary fiber compared to overweight dogs, regardless of the number of snacks they were given.

Patterns in humans, obesity in dogs

The study showed that the behavior of humans, even those that have nothing to do with their pets, impacts the health and weight of animals:

• Dogs that receive 'leftover' pieces of food from the owner that reach 21% of their daily intake were shown to be more likely to be overweight.

• Pet owners who participated in the sample and who had diets with high levels of micronutrients and with lower caloric density had dogs of healthy weights with no signs of developing obesity.

• Those of dogs with a healthy weight had a diet richer in nutrients than the owners of overweight dogs.

The study shows that, beyond the food that is provided to the dog, the behavior patterns of its owner can positively or negatively affect its health and body weight.

• Recent research has shown that the increasing rate of canine obesity has led to an increase in the rate of osteoarthritis, insulin resistance and certain neoplasms.

Yes, Pet Food definitely plays a role in Pet obesity, but as we've discussed, not in the way that many owners and even veterinarians believe. Fighting canine obesity requires better education with scientifically sound information about the true nutritional needs of dogs and cats and the various ways to meet them.

For our part, we believe that we must work to improve the understanding of the nutritional and caloric information labels and of the best practices regarding the intake or use of the food in question. Marking and explaining well the difference in how to provide a super-premium, standard, or extra protein food will be essential to provide and disseminate greater and better education about the health and weight of animals.

Will this be the year that, as an industry, we innovate in addressing pet obesity more proactively?