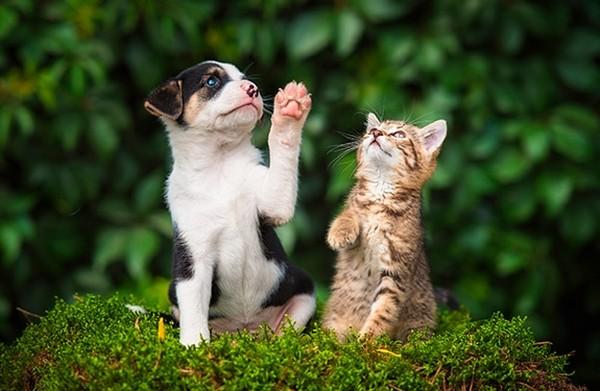 Yeast-based ingredients are playing an increasing role in pet foods premiumization as a source of improved health and well-being for pets around the world says Rodolphe Rabot.  'Yeasts have been widely used in pet foods in the past to assist cat food palatability and protein supply,' said Dr Rabot. 'What we're seeing now, however, is a growing interest in the value and impact of yeasts in boosting immunity levels in pets and helping to improve gut health.'

Current industry statistics for pet food launches in the last 10 years show yeast-based ingredients are declared and valorised in only around 20% of new products, although with clear evidence of a growth in usage taking place across all segments and global markets.

While the increasing use of yeasts in pet foods is well accepted by industry specialists, Dr Rabot believes many aspects of today's 'yeast revolution' aren't well enough understood by users.  'All yeasts are not just a yeast! The family is extremely large, involving several thousands of different strains,' he said. 'In looking at the future use of yeast strains in pet foods, therefore, we are potentially at the beginning of a huge change.'

A key question for yeast product users is whether or not to work with primary yeast ingredients, which have been specifically selected for pet purposes, or to use second hand yeasts, such as spent yeasts which have already been used in the brewing industry, or similar.

'Spent yeasts come from an initial industrial process and are then re-used as by-products of the beer or ethanol industry, or similar,' said Dr Rabot. 'Residues of such processes are passed to people who are trying to recover some money by creating a cheap end product. I say cheap because these products use yeast strains which have already been depreciated by their original use.

'Even after industrial by-products are processed again, a lot of variability exists in the spent yeast batches which are received, while blending by collectors to minimize inconsistencies fails to deliver health guarantees. In short, it's a playground!'

Speaking in his role as global species manager for pets and horses for Phileo Lesaffre Animal Care, France, Dr Rabot said that, as a producer of yeast-based items for use for humans and domestic animals, Lesaffre has always been highly focused on the way it selects yeast strains and the benefits which it can deliver to pets. 'Our strains are selected to help boost the health of pets while spent yeast strains are selected to make beer or ethanol,' he said.

'The first direct advantage we look for in pet food, is to deliver consistent and constant health benefits. In that context, we have carefully developed a yeast 'library' containing thousands of species, constantly working on the basis that the more strains you have to choose from, the more chance there is of finding something which is in line with our targeted benefits, such as boosting disease resistance, immunity, microbiota biodiversity and so on.'

Lesaffre has been focusing on primary yeasts for 160 years, driven by the fact that they offer much higher activity levels than spent yeasts, many of which will have been through eight or nine beer processes. Primary yeasts, in contrast, can be selected and grown under fully controlled processes and quality standards to have higher bioactive compound content than spent items. As a result, they bring much more value to pet foods, while insuring safety and complete traceability.

'Recent studies in pets have also confirmed that some selected strains of live yeast should be considered, alongside some live bacteria, as real probiotics with proven health benefits when given orally at the right dose,' said Dr Rabot. 'Additional yeast autolysis and purification processes enable selected yeast fractions to be delivered with a high concentration in certain active components, such as Mannans to bind pathogens, betaglucans to modulate innate immunity or nucleotides to aid cell renewal.

'My last word! Natural primary yeasts are the basis of the health promise that our beloved companion animals deserve and that pet parents are expecting. In short, primary yeasts are more than an ingredient, they're the solution.'

Global species manager for Pets and Horse • Phileo by Lesaffre