The presence of mycotoxins in pet food has been in the spotlight due to recent incidents worldwide. The good news is that there are technologies that address this danger for our beloved companion animals. 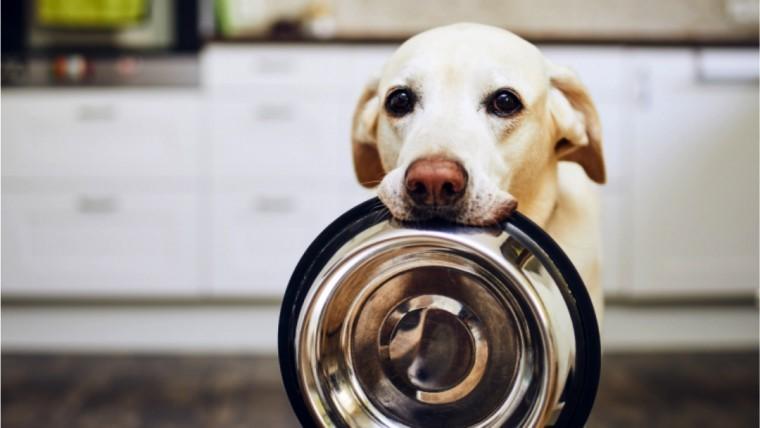 The mycotoxin threat is not new to the pet industry. However, never before has it been such a prevalent and widespread concern. More recently, its real danger in pet food became apparent when more than 70 dogs died and another 80 became ill in the United States, due to aflatoxin contamination. This forced a massive recall of food products, after contamination was determined to be the source of the problem, confirmed by the US Food and Drug Administration (FDA) in 2021.

Although the manufacturers of these foods implement strict quality and safety measures when selecting their ingredients - and even with precise analysis to detect the presence of mycotoxins in raw materials and in the finished product - it can be difficult to know precisely what could be hidden in these seemingly safe components.

When industry attempts to accurately detect mycotoxins, problems can arise in grain processing, screening tests, synergistic interactions, or storage conditions. An alarming event such as this recent aflatoxin contamination confirms that grain and feed producers need to know which mycotoxins they are most likely to encounter, what threats they pose, and how best to address them.

What aflatoxins stands for?

Mycotoxins are substances produced by molds or fungi. While aflatoxins, in particular, are metabolites of green-yellow molds called Aspergillus flavus, which comprises four different strains: B1, B2, G1 and G2. The most toxic of these is aflatoxin B1, which is carcinogenic and can have adverse effects on liver function and immune response.

Where do aflatoxins grow?

Aspergillus flavus can grow in a temperature range of 12.2 to 47.8 ° C, with 37 ° C being the optimum temperature for its growth. For its development a low humidity is required, being favorable from 13 to 13.2%.

Aflatoxins are generally found in corn, cottonseed, groundnut (or groundnut), almonds, and by-products derived from these. Thus, corn is one of the ingredients in dog food that represents a greater risk for them.

A recent report from the Alltech Summer Harvest Survey, conducted in the United States, indicates that changes in the weather patterns in that country have generated an unusual situation in which higher than normal levels of aflatoxins in corn samples (other than normal high-risk areas). That currently represents a number of new challenges for pet food manufacturers, which will need to take these into account when selecting their ingredients.

Aspergillus flavus can infest the corn plant through pollination of silk (affecting the grain) and through its leaves and stems damaged by insects and by meteorological phenomena (such as strong winds or hailstorms). The infestation can occur extensively in the field, but most often affects those areas where the plants are subjected to greater stress.

It is difficult to detect aflatoxins in corn kernels, as they could even be present in the kernels of a shipment. So when testing received ingredients for mycotoxins, it is necessary to take multiple samples combined to accurately identify potential hazards.

Stored corn should be dried to a humidity level below 14%, and mold growth or insect damage should be closely monitored. A good practice is to check the grain that enters and / or leaves the warehouse to remove those that are damaged and broken (which can be a main source not only of aflatoxins but also of other mycotoxins).

In addition to the threat of unprocessed whole grains, feed manufacturers must take into account the increased risk posed by the high levels of mycotoxins that can be found in cereals made from products such as bran, which are often included in pet food products.

Although no person who has a pet would like or imagine the damage that mycotoxins could cause them, it is important that they know their signs to take quick action when necessary. One of the main indicators that a dog has ingested a food contaminated by mycotoxins is liver failure, which can be caused by either acute or chronic exposure.

Other common signs include:

Aflatoxins are one of the groups of mycotoxins considered to be one of the most powerful known carcinogens. Long-term exposure can lead to death, causing irreparable pain to the pet's family.

If your dog exhibits any of those clinical signs, then it is necessary to take him to your vet as soon as possible. Also, it is recommended to take a picture of your food and write down the batch number of the product for reference.

What are the global regulations for aflatoxins?

This represents a significant challenge, since in 2020 not only did the geographic areas in which aflatoxins grow in the United States, but their impact on total corn production was also greater. Thus, with a decreased yield, larger quantities of corn need to be transported around the country, which increases the potential risk of corn in dog food.

To detect, manage and mitigate the threat of mycotoxins in the manufacture of balanced food, and to prevent their negative impact on pets; Manufacturers are advised to adopt a comprehensive mycotoxin management program (so that risks can be determined and controlled at each phase of the supply chain). State-of-the-art technologies for mycotoxin detection - such as the Alltech 37 + ® Assay Test or the Alltech® RAPIREAD ™ Real-Time Assay System - can help identify mycotoxin risk and enable the necessary measures to be taken control.

Pet owners are encouraged, whenever possible, to ask the manufacturer for information on their mycotoxin testing program and mitigation plan.

With a comprehensive approach to mycotoxin management, the pet food industry can prevent a repeat of its recent recall. In this way, families can rest assured that they won't have to face the loss of their beloved pet.

For more information on this topic, contact the Alltech representative in your country or visit