Is there a 6th flavor for Pets? 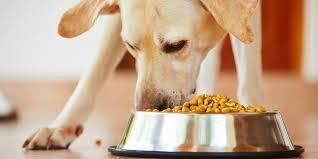 In this occasion I want to refer to an article on the perception of flavors in humans that I found very interesting and that in some way can contribute to the generation of greater knowledge about palatability in Pet Food.

It is accepted that the human perceives 5 flavors that are: sweet, bitter, salty, acid and umami; this fifth flavor was added relatively recently and is linked to the glutamate rich flavors. Foods that contain this flavor are those that induce salivation, causing a pleasant sensation throughout the mouth. The knowledge that we have in pets is that cats, unlike dogs, do not have a strong perception or taste for sweet, salty or umami, while they have a good inclination for acidic flavors.

According to a scientific study conducted by researchers at the University of Oregon, humans are able to recognize a sixth flavor, named "starchy."

The study was carried out to show that humans have the possibility of differentiating this flavor from the rest of the existing ones. For this, 22 people were offered liquid solutions with different dissolved amounts of glucose-based polysaccharides.

At the end of the test, 100% of the people admitted to having perceived a taste of "bread" according to the Western volunteers and "rice" according to the Eastern volunteers. Until now, the scientific community thought that humans detect the taste of starches by identifying their sweet molecules. However, with this study, it has been shown that humans can distinguish this new flavor. What's more, the sample participants were able to do so even when the researchers blocked their sweet taste receptors.

On the other hand, Juyun Lim, Director of the research, has ensured that they have not been able to identify exclusive taste buds to recognize this sixth flavor. Within the complexity of describing a flavor, we could say that the starchy taste would be like eating flour.

The use in Pet Food of complex carbohydrates (starches) derived from the inclusion in the formulas of grains such as corn, wheat, rice and oats leads us to reflect on how important this type of research can be in the Industry Pet Food.