Is it Possible to Feed Pets Only Plant Ingredients? 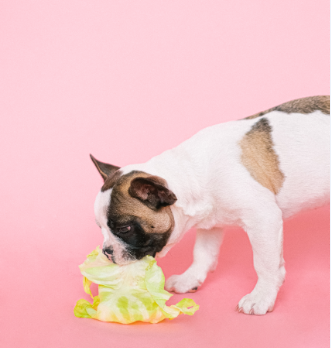 Veganism is a lifestyle that a few years ago has only gained prominence among teenagers and young adults. Given that pet owners who are in this group try to feed their animals in a similar way, it was expected and foreseeable that, little by little, they would begin to try alternative foods that did not include animal raw material.

In this article we tell you what the main debate is and whether or not it is believed feasible to offer dogs and cats a 100% vegetable diet.

Some vegan people are not satisfied with giving up the consumption of animals and derivated themselves, but they also want their pets to do so.

We must first clarify the physiological conditions of these two species. Dogs are carnivores, but facultative; In other words, they have all the characteristics of carnivorous animals at an anatomical and physiological level, but they can also digest and assimilate nutrients such as carbohydrates. Ultimately, a dog could get all the necessary energy, nutrients and protein from a plant-based diet.

For their part, cats are more complicated against Veganism. This species is only carnivorous, which means that it does need to consume material of animal origin.

What is the moral debate?

Although Veganism is a topic that generates a lot of controversy among human beings, it also does so when it comes to talking about pets.

Those who are in favor of feeding their pets with food with ingredients of animal origin assure that this is the natural food chain of life, especially for animals.

However, those who are inclined towards a 100% vegetable diet for their colleagues, affirm that, in reality, if we wanted to respect the food chain, pet food would have to have more than beef or chicken meat, bird meat, mice ... In short, smaller animals that both dogs and cats could, indeed, have hunted in that natural food chain.

Faced with this species, to this day, it is ensured that cats do not have the capacity to feed themselves adequately with food only of plant origin.

Your digestive system is not capable of producing certain proteins, such as taurine. In addition, the system of felines is considerably more intolerant to carbohydrates than that of, for example, dogs, so that the alternative options to meat are increasingly reduced.

Even so, despite the difficulties, there are some companies that are committed to achieving a suitable (and healthy, mainly) vegetable pet food formula for cats, such as Ami or Veggie animals for example.

However… Dogs, can be vegan?

The dog is, historically, the "best friend of man"; and this legend began, some voices say, thanks to the fact that it approached humans in search of food. And that food they provided was exclusively meat.

As we briefly advance you in the introduction to this article, the truth is that dogs, having amylase genes, have the ability to digest the starch present in vegetables, which could allow them to adapt, through the centuries, to a more vegetable diet.

Wild Earth is an example of vegan dog food. Its founder began looking for a viable formula to reduce the amount of contaminated pet food items that had to be disposed of, as well as the contamination that occurs in the process. In the United States, in 2017 alone, the carbon emitted from meat treated for animal consumption was estimated to be about 64 million tons of carbon dioxide, the equivalent of driving 13 million cars for one year.

Today the company is constantly growing, and as stated on its website, 86% of dog owners have reported a positive change in the health of their pets after choosing Wild Earth to feed them.

So what are the food requirements for cats and dogs, respectively?

In the case of dogs, having a system that allows them to digest more nutrients, creating a vegan food formula is easier. The essential thing is that they receive plenty of protein, calcium, vitamin D, and the amino acids L-carnitine and taurine. These last two must be added to the formula as a supplement, since otherwise the animal will not get enough.

Now, on the other hand, producing vegan food for cats is a bit more complicated. As they cannot biosynthesize the large amount of vitamin A they need from carotene, they must obtain it from food. Otherwise, they may have hearing loss, problems with the skin, bones and / or intestinal system.

Also, like dogs, they need to obtain taurine from beef, poultry, and / or fish. The problem is that if a cat does not have enough, it is at risk of developing dilated cardiomyopathy (DCM). In this case, it happens that the heart becomes weak and prevents the correct supply of oxygen and blood to all areas of the body.

Felines also need arachidonic acid; These ingredients are essential for your well-being, so they must be present in your food formula, whether vegetable or not.

And in Latin America, are there any options?

Sure, although, as you already know, trends arrive in Latin America with a certain delay, there are already vegan pet food options available, such as:

Despite the contradictions that veganism generates in pets, the truth is that it is estimated to see, little by little, an increase in demand in Latin American countries, as this lifestyle gains more youth and adults.

Currently, it is estimated that there are more than 100,000 vegan dogs in the United States, and in the United Kingdom about half of this number. It is predicted that, logically, behind each pet that eats 100% vegetable pet food there is a vegan owner, so it is highly expected to perceive an increase in the consumption of the food with this type of formulas.

The best the Industry can do is stay constantly up-to-date, both in what consumers want, as well as in finding the healthiest and most beneficial way to care for pets on the market.

Tell us what you think of this new way of feeding pets?