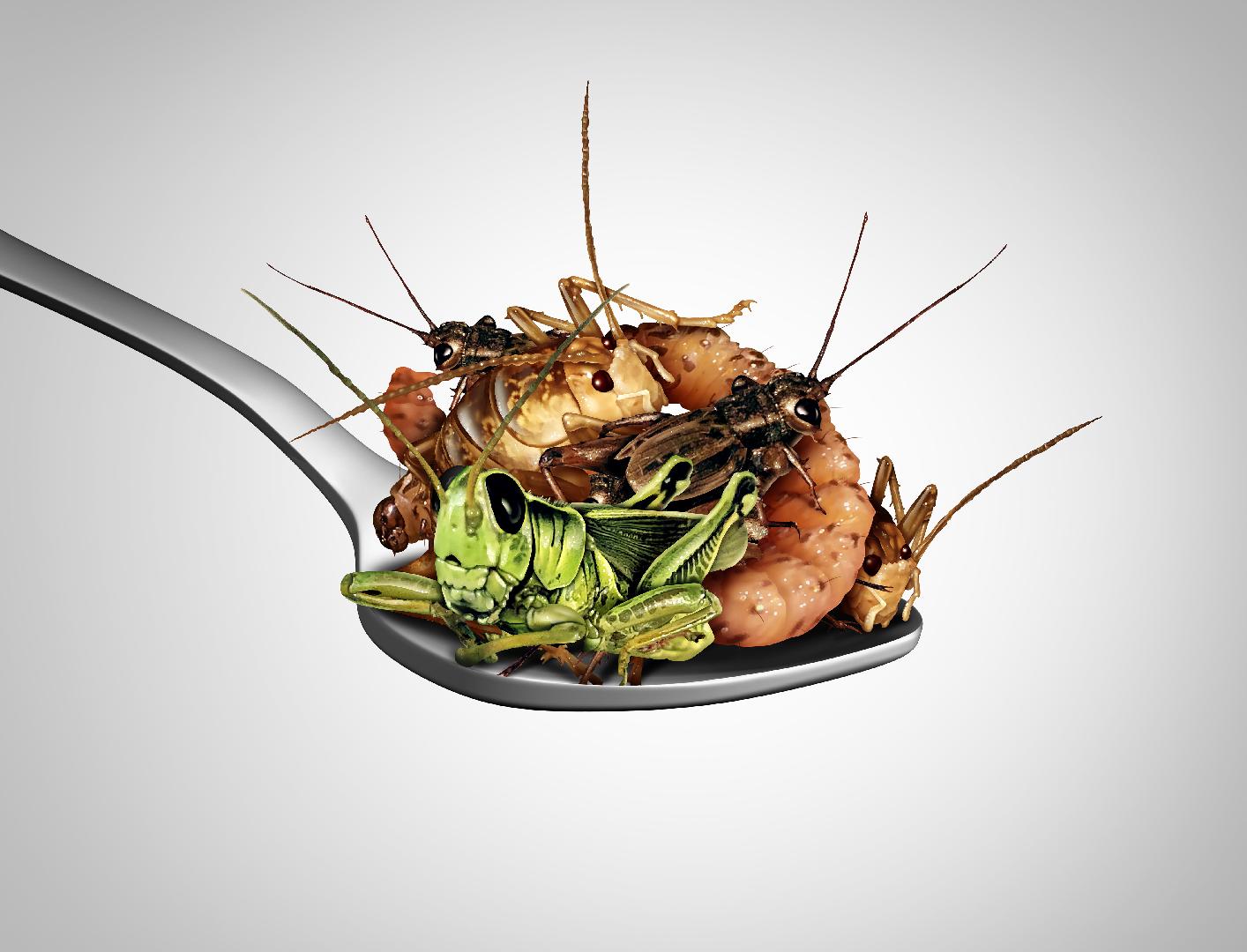 In one of our recent articles we tell you about how we could reduce the pollution and waste that our industry produces.

Now, there is a growing trend that we do not name you and that could positively impact the reduction of waste from the production of pet food: insect-based pet food.

In this article we will tell you all about this new trend and we will bring you the examples of companies that are already implementing it.

Would there be a demand for an insect-based pet food?

To make any type of investment in machinery, research or innovation, it is necessary to know whether or not what you want to implement will be in great demand in the future.

In the case of food for dogs and cats based on insect protein, there is a barrier to overcome: the 'disgust factor'.

Eating insects is not culturally normalized in the West, not even for pets. Not to mention the people!

However, the truth is that more than once, probably, pet owners saw their companions hunt or catch an insect that was walking in the garden or on the terrace. And it is also true that, surely, someone has been heard shouting 'oh, how disgusting! Leave that".

From this point of view, companies and manufacturers that decide to include this ingredient in their food formulas have to take into account informing and educating about the benefits in order to break this stigma.

Now, let's see what is beneficial about this practice:

Why use insect protein in pet food formulas?

The answer is simple: sustainability. Replacing animal meat and protein with insects for pet food contributes positively to the sustainability of the production chain.

Why? It is already known that the amount of inputs and resources that are needed for the production of meat is very high, taking into account from the food and fertilizers for the animals to the packaging and transport to the sales centers. Conventional industrial agriculture requires large amounts of energy, water and land, and even the welfare of livestock and its polluting effects remain a matter of debate to this day.

It is estimated that between 12% and 20% of the meat produced worldwide is destined to feed domestic animals.

Protix, the Dutch company that claims to have the largest insect farm in the world, estimates that, compared to beef, insect-based foods use 2% of land space and 4% of water for every kilogram of protein.

Are these numbers not sustainable enough? As if that's not enough, insects don't need fertilizers or pesticides, and they produce very little methane and ammonia emissions.

The founder of Protix states:

'All over the world we are contributing to the warming of the atmosphere and consuming the Earth. The problem is that we have to continue feeding a population that needs protein. You have to do something different, and insects are part of the solution'.

In the same vein, the president of the British Association of Veterinarians, stated:

'There is a really exciting future for the use of insect proteins in companion animals. It is essential to find sources of food that do not deplete the soil or water, or drive climate change'.

In addition, three other benefits emerge from this main benefit:

• Greater profitability: by needing fewer inputs and resources for its production, costs are reduced and profitability could grow.

• Increase in demand: this characteristic could positively impact attracting more millennial buyers, the age range with the most pet owners today; these types of owners are even willing to pay more for a better quality or more sustainable product. This group also includes the majority of vegetarian cat owners: since felines do need to obtain taurine from meat protein, they may prefer to give their pets food based on insects rather than with beef, chicken, or fish.

• Nutritional quality: besides being a good source of protein, insects contain fats, fatty acids, minerals and vitamins. The amount of these nutrients varies between different species.

And in the world, how is the situation?

For now, in the United States, the largest pet food market, insect protein is not yet allowed in daily pet food. Some insect-based treats have been released, but no more than that.

On the other hand, the European Union a few years ago allowed the use of insect proteins in pet food. Initially, this encouraged the development of the odd dog food here with the ingredient.

In the UK, for example, food with up to 40% insect protein can already be seen on shelves. What happens is that still, due to lack of mass production and infrastructure, this type of food is up to 4 times more expensive than an average food.

Insect protein in pet food is also making its way onto the market in Germany, France and Italy.

Companies that are dabbling in insect protein

We bring you the example of some companies that are already innovating in this trend, to inspire you and see that change is possible, in case you want to implement it in your company.

• Ynsect is an insect farming company born in 2011 that uses, unlike many others, mealworms as its main "livestock". Their insect-based pet food is suitable for dogs, cats, rodents, birds, and reptiles. The product comes in powder and oil form (replacing less sustainable oils like palm oil). It also produces a natural fertilizer.

• AgriProtein has its main farm in Cape Town, South Africa. It uses black soldier flies and their larvae to turn organic food waste into meal for fish, poultry, pigs and pet food.

• Protix Biosystems, the company founded in 2009 that we already named you, is the creator of Its ProteinX, one of the main ingredients of a new premium dog food that is marketed in the United Kingdom. He also developed a moist food beneficial for intestinal health.

• Founded in 2015, Wilder & Harrier of Montreal is developing a line of insect-based dog food and treats made from black soldier flies, crickets and mealworms.

As much as owners humanize pets, cats and dogs will continue to chase and eat all kinds of insects that come their way.

If we want to go back to nature and feed pets "just as they would in nature," then what would be more appropriate than insects?

Do you think it will be implemented in the market?

We read you. Tell us your opinion about this new trend.