Cat and Dog behaviors Around the Bowl: How Pet Owners decode the Signs of Food Enjoyment 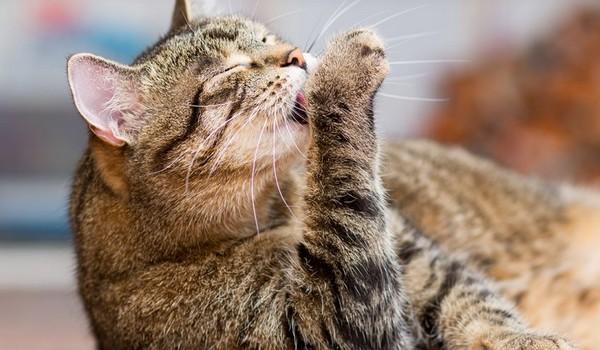 The definition of pet food performance is evolving. For owners, palatability is no longer a matter of a pet simply eating a food, but of a pet visibly enjoying food!

Beyond that food consumption measurement, surveys conducted in-home with pets and their people identify pertinent behaviors that reflect a pet's level of enjoyment.

'She meows after the meal…'
'I was just opening the bag and he was already running to his bowl!'
'Look at them, they finished their bowl and now they are sleeping!'

In your opinion, are these behaviors positive or negative? If you don't know, pet parents will!

Today's pet owners are increasingly attentive to their pets' level of enjoyment during meals. Beyond their pets consuming a sufficient quantity, they want to see clear signs of appreciation when their beloved animal eats the food they give.

Pet food manufacturers need to take pet body language around the bowl into account since it strongly influences the owner perception of a product performance.

But what are typical cat and dog behaviors around the bowl? Which ones are real signs of food enjoyment? Ask the owners! 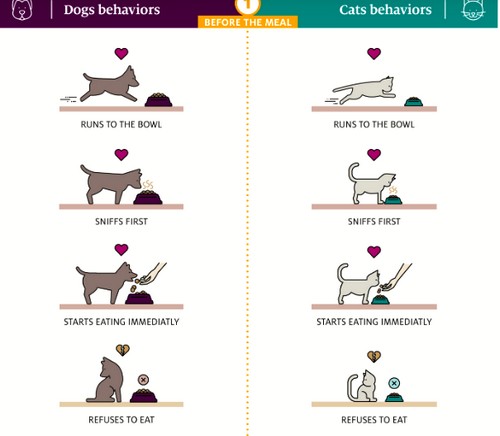 Pet owners are often chatty when asked about their animals' behaviors at mealtime. They spontaneously name many attitudes they interpret as signs of food enjoyment… or rejection. However, this information is sometimes influenced by popular belief and is not fully reliable.

The best way to get relevant insights from owners about their animal feeding behaviors is to place both in real meal conditions and get owners' feedback as they observe their animal.

In a dedicated study, cat owners and dog owners from a French in-home community* were given an exhaustive list of behaviors and asked to check off the ones they observed in their animal before, during, and after the pet was given dry foods with differing levels of palatability. Using a five-point scale, owners scored each observed behavior based on how strongly the animal expressed interest in the food.

The first key finding was that pet owners were able to identify and correctly interpret their animals' behaviors during the meal. 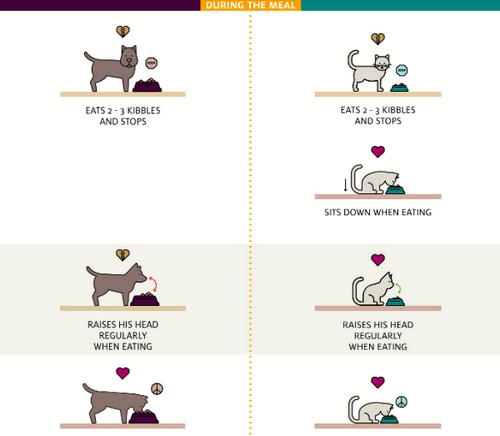 It is sometimes more difficult for dog owners to see differences in the interest of their animal for different types of kibbles when the bowl is presented.

Indeed, many dogs are taught to remain calm during meal preparation. Some of them learn to wait for a specific sound or signal before starting to eat. So whatever the food presented, they do not behave spontaneously.

On the opposite end of the spectrum, some dogs are so excited at mealtime that it is impossible to rank products on the basis of their attitudes.

Cats and dogs share some common attitudes with the same meaning

Among the common behaviors, 'Runs to the bowl' during meal distribution or 'Licks lips' after the meal were unanimously considered as signs of food enjoyment by both cat and dog owners while 'Refuses to eat' was clearly a negative sign for both.

Only one common behavior was perceived in different ways by cat and dog owners: 'Raises his head regularly during the meal' was considered to be positive for cats and negative for dogs.

From behavior to behaviors

Pet food manufacturers are interested in understanding how pets' eating behaviors affect owners' perception of a food's palatability performance and thus the owner's decision to repurchase.

An essential point to have in mind is that looking at one single behavior is not sufficient to predict an owner's evaluation of his pet's enjoyment and a food's performance. For instance, if a dog runs to the bowl but eats only 2 or 3 kibbles before leaving, his owner will conclude that the dog did not enjoy the food. 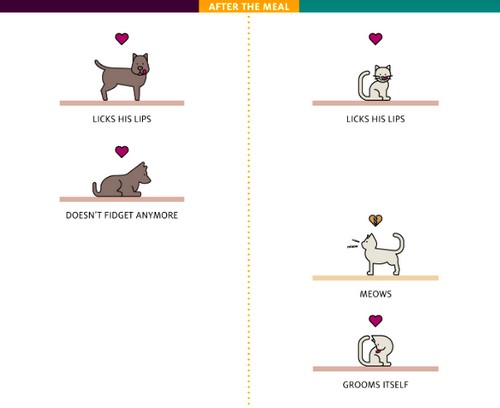 If a cat hesitates on first visiting the bowl, eats 2 or 3 kibbles, but comes back later and finishes the bowl, the owner will consider that the cat was satisfied with the food.

A deep analysis of not one but the whole succession of behaviors around the bowl is necessary to understand and predict pet owners' decisions as well as the decision-making process.